behind the scenes with: jowonder 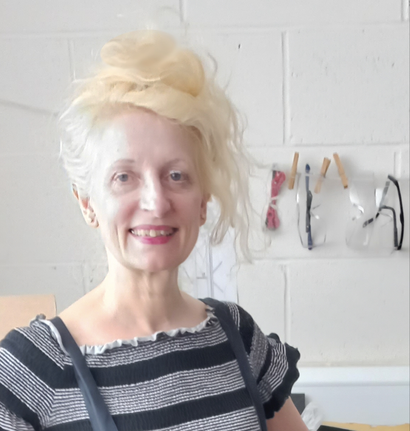 “It's important to keep alive myth and magic. I see this as a gateway to wisdom, because in the short and challenging time that we live--if we can grab a little enchantment along the way, we will find purpose and strength.” - Jowonder
Jowonder admires comics, fairy tales and religion for their ability to make digestible awkward truths. She's a multimedia artist creating painting, video, and performance from the strange worlds and subliminal messages contained within her invention .

Jo regularly shows her paintings at Kellie Miller Arts in Brighton, an artist-led gallery which often features the illustrations and images which populate her novel The Unicorn Clock and the Chronicles of Time--the cumulation of many years work waiting to be published in the spring of 2023.

In 2021, Jo participated in the Apocalypse Biennale, which marked the 2021 cancelled Venice Biennale by celebrating the art of the Apocalypse: revisiting Albrecht Durer's 15th Century woodcuts and showing new work from contemporary European artists at Isola Della Giudecca, in Venice.

Since 2008, she has regularly performed poetry and collaborated with other musicians, such as on her project "Jowonder and the Psychic Tea Leaves," which takes the audience on a journey evoking a combination of mysticism and fun.

In 2007, she created 6 Days Goodbye Poems Of Ophelia, which is a re-telling of the story of Ophelia's death depicted in John Everett Millais' oil painting, using living painting in bacteria. The work uses the movement of live bacteria for animation and was created in a sterile laboratory. Commissioned by The Welcome Trust, the poetic soundtracks to the animations are created by the public using an answerphone.
For me, being an artist has always been an inquiry as much as possible outside of the little me and my fixed identity. I include both religious, fairy-tale, and scientific themes in my work. I think our ideas about reality are probably just a fairy-tale. Even our ideas about science are just a construct. If physics works in an attempt to minimize the mysteries around us, the multiplications suggest that whatever scientists are getting wrong they are getting very wrong.

Dark matter, which we don’t understand, seems to outweigh visible matter roughly six to one, making up about 27% of the universe. Here's a sobering fact: The matter we know, which makes up all stars and galaxies, only accounts for 5% of the content of the universe! But what is dark matter? That's a place for the artist to step in—to fill the gap between these mysteries about the world around us. Stealing from religious themes as well as fairy-tale worlds, I like to remind myself of the mystery.

In 2007, I received funding from the Institute of Physics for a video installation in connection with a debate in Guildford Cathedral. I made the video installation Flatlanders, which set out to display a paradox of science. It depicted an Icarus who both flew to the sun and burnt his wings—flying to lose his wings. With this installation, I participated in a debate “Is Science the New Religion?” with Dr. Brian Cox and Jim Al-khalili. In 2019, I received a second grant to make The Schrodinger's Cat Box, which again attempts to explain a mathematical paradox. This year, I curated an exhibition on the theme of Schrodinger’s cat with 22 artists and showed my box at a London gallery. In quantum mechanics, Schrodinger's cat is a thought experiment, devised by physicist Erwin Schrödinger in 1935, that illustrates a paradox of quantum superposition. In the thought experiment, a hypothetical cat may be considered simultaneously both alive and dead as a result of its fate being linked to a random subatomic event that may or may not occur. 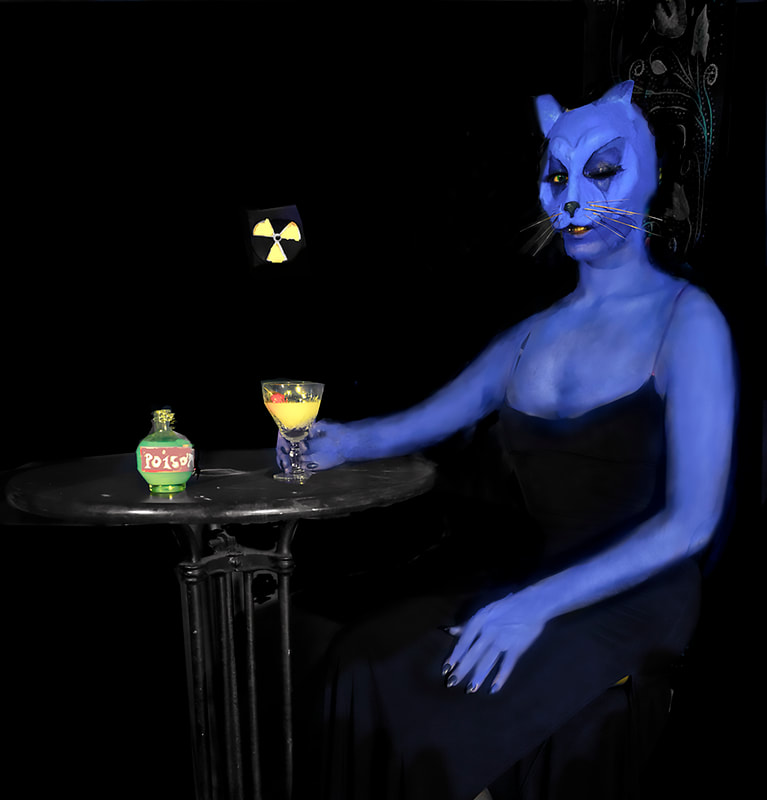 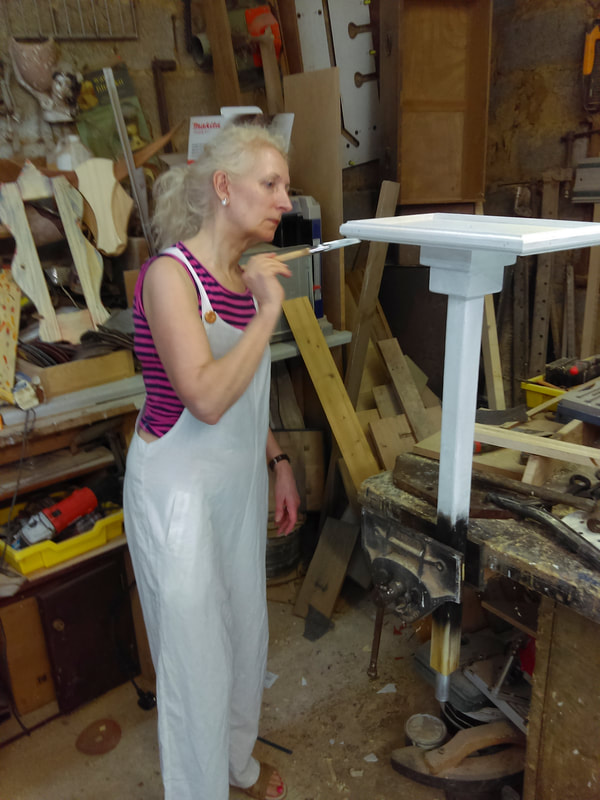 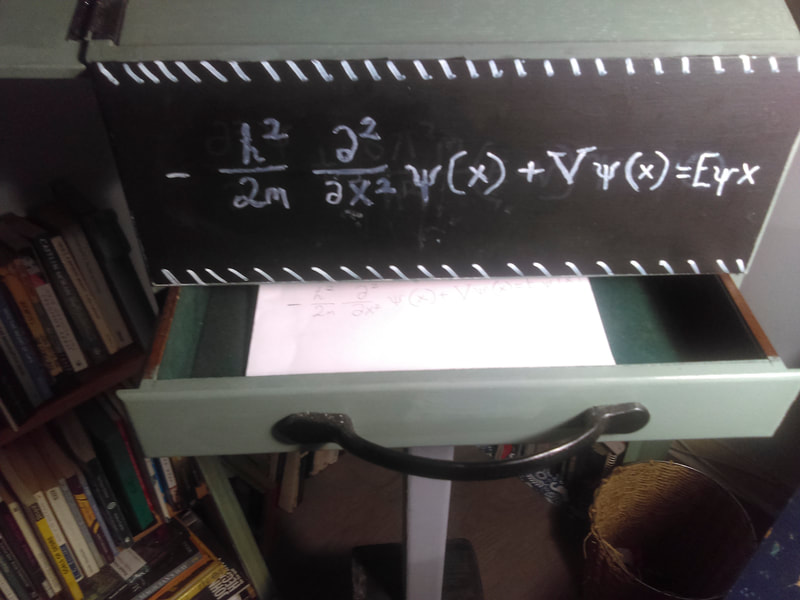 Schrodinger's Cat installation
I work with animation, sculpture, painting, performance, and more recently prints, which depict Hindu and western themes of a female deity coming to save us all.

I regularly collaborate with other artists to keep my ideas fresh and alive, and after hearing “Ripples in Spacetime 1,” the music of Chinese composer Jia Guoping, on the radio, I contacted him and was delighted when he agreed to allow me use his haunting music for my Schrodinger's Cat Box. I received an Institute of Physics Grant for work with Dr. Brian Cox and Jim Al-khalili in 2007, and in 2019, I received a second grant from them to make The Schrodinger's Cat Box film. ​

Other collaborations have been with Rinat Grigori, who played the part of the cat in the film. They did all their own makeup. The artist Rolling Fool taught me how to use environmentally-friendly lino prints to make street art. As a result, I created Mr. Hot, the androgynous character in my new street art venture. They can be spotted climbing out of ventilators around the Brick Lane, Hackney Wick, and Liverpool Street in London, UK. This is my most recent venture, which attempts to raise awareness about the absolute urgency of global warming. The prints are numbered 1 through 5 and the five images can be compiled on a mobile to create the illusion of movement. Mr. Hot will alert people about the global warming crisis via street art by providing passersby with a link to an animated film showing the paper-thin character eventually burning. 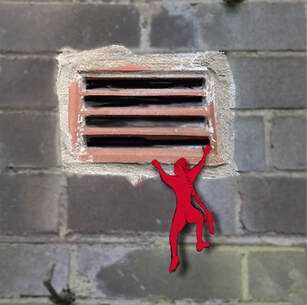 Mr. Hot
I'm also working on an illustrated book called The Clockwork Unicorns and the Chronicles of Time, which contains around 65 illustrations and 45,000 words. I hope this book will plug the gap between a comic book and a serious novel. The story describes characters that enter into a world ruled by giants. The characters have to overcome the giants to save the unicorns, and to do this they must stop time. 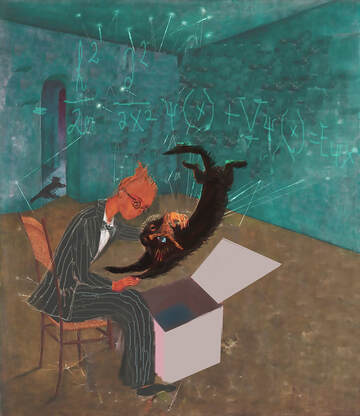 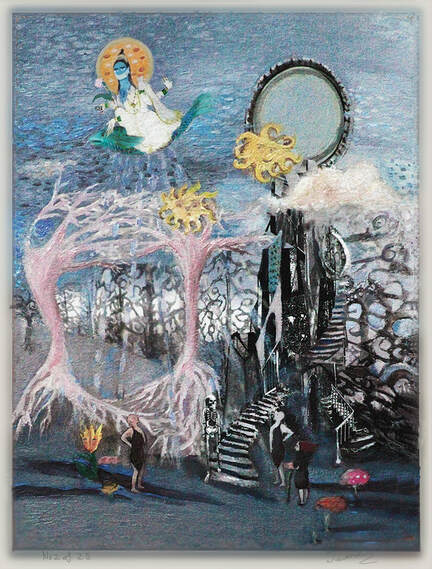